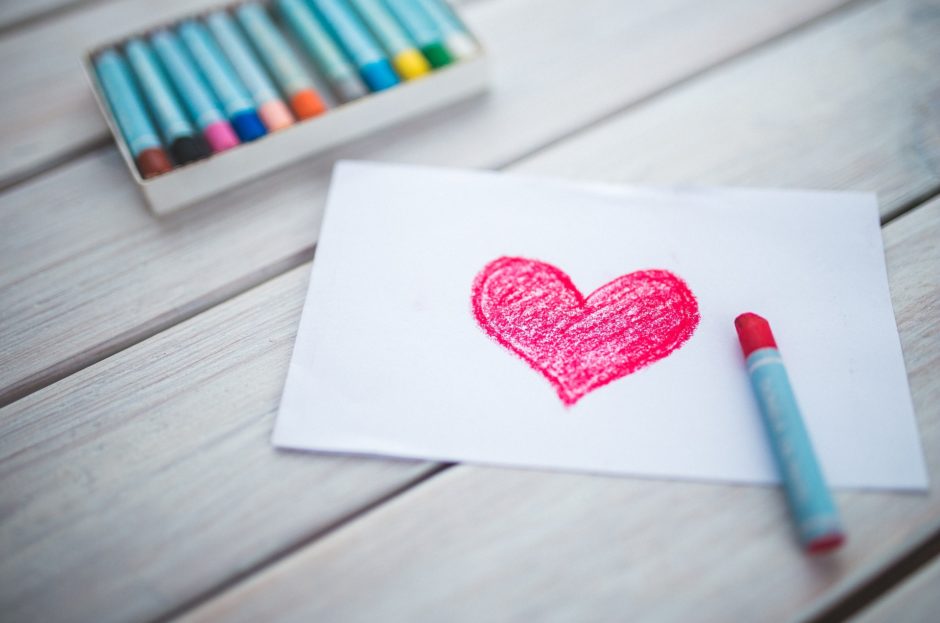 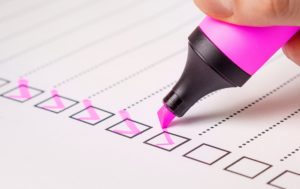 I enjoy telling the story of a woman who gave her list of requirements to local matchmakers who are my friends. He had to own a new car (last two years only), couldn’t be under six feet tall, and had to make at least six figures. Most ridiculously of all, he must never have urinated outdoors. Based on her last “requirement” alone, she could never date any man on planet earth.

I tell this story frequently to illustrate just how crazy dating can be in 2019 and beyond. Also, I have nothing against preferences or requirements. I have my own and they matter. If you like tall, short, thin, fit, blonde, ginger, older, younger, or anything legal and consensual, then go for it!

Still, I believe people need fewer so-called standards when dating in 2019. Bear with me and I’ll explain why this will ultimately open you up to more people and ones who will make you happier in the end.

Thanks to online dating, a lot of people have created a checklist mentality when it comes to dating. They have a list of preferences or requirements in their head and look at every potential date in light of those. And, as time goes on, the list usually grows and grows until you get such absurdity as my opening story.

This type of thinking is very logical. Online dating gives so much choice that people naturally look for measurable ways to sort through loads of people. Companies responded and gave filters. But, they focus on things that are easily measured like height, age, body type, and income.

But, are those things what really make successful relationships? The great love stories throughout history don’t involve measuring tapes, scales, and proof of income. And, yours most likely don’t either.

Think back to the last person you found insanely attractive. Did you ask for his W-2s? Did you take out a tape measure and lay out a set of scales? Did you immediately ask to see his ID to make sure he was in the 32-45 age range?

In real life, attraction isn’t a set of metrics with definitive cutoffs. It is about charisma, appearance, smell, body language, intelligence and even subconscious judgments about a person’s warmth, kindness, passion, and energy. It’s an emotional feeling. You know it but you can’t quite explain why, let alone make it a list of metrics.

Most of the people you’ve been madly in love with likely had a lot of flaws or shortcomings from a purely logical or checklist standpoint. But, attraction took over and you rolled with it due to the intense feelings of love and the good times together. 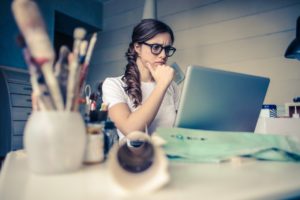 Many of my coaching clients want help because they’re tired of settling with losers and boring people. They think I’m going to tell them to be more restrictive in their searching.

They are shocked when I tell them to open up their options and give more people chances. However, the reality is that if you want to find an amazing partner, you’ll want to take an attitude of abundance, not restriction.

There was a recent story on US National Public Radio where a woman paid matchmakers six thousand dollars to set her up with her eventual husband. However, she could’ve met him for free because they were both on the same dating apps. Why didn’t they meet? She filtered him out because he wasn’t tall enough! Listen to the audio interview to get all of the details.

I love this story because it illustrates that love can’t be stripped down to a series of logical preferences, requirements, and checklists. And, when people try to do it, they end up being single for long periods of time and possibly miss out on their soulmate.

In fact in the interview she admitted that she was ready to be alone and give up the idea of finding love. Her advice?

I think you should be open minded. A lot of the criteria you have in your head is not actually meaningful at all. The person that you’re [really] looking for isn’t necessarily the ‘person you’re looking for.’

Let me get back to the fewer standards thing. Notice I didn’t say lower standards. I definitely believe you should have standards, very high ones even. But, if you’re like the typical person trying to date in the modern world, you almost certainly need fewer, but more effective standards.

Usually, these center around attractiveness, intelligence, humor, warmth, and passion. They are more “values” than preferences or standards. Everyone’s core standards might be slightly different, but, if you’re honest with yourself, you’ll know them.

In general, however, they aren’t that easy to measure. For example, you can’t measure the security you feel with a confident, strong guy or the giddy feeling when your crush compliments your looks and brains. And, I guarantee you, these kinds of things are more important for happiness than a boring guy who nonetheless makes $100,000.01 and whose car is a model year 2019.

And, yes, I recognize attraction as an important standard. Without it, the relationship isn’t going anywhere. However, nitpicking about whether the person could be a model and make you look good in a selfie isn’t what I’m talking about!

So, resist the urge to create the perfect man or woman from scratch through a checklist, whether literally or in your head. Online, loosen your filters and get to know a lot of people. In the real world, don’t immediately nitpick every single fault in those you meet. And, get to know a variety of people.

Don’t worry about “settling” because the filtering will still happen. It will just occur based on broader metrics like gut instinct and core values. And, it might take a little longer because it will require you to get to know people. You know…the process that actually leads to falling in love too!

So, yes, have fewer standards! Instead focus on the core values and universal standards that you hold dear and that you know would make you happy in a relationship. Then, open up your world to people who can share a life with you according to those standards…even if they can’t tick off boxes 15, 18, 34, and 71 of your checklist. 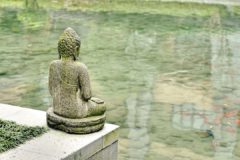 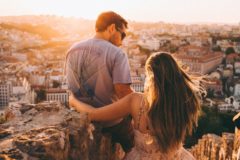 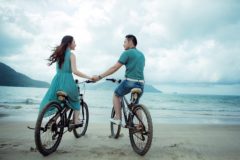